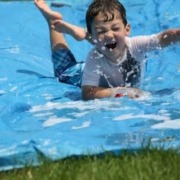 Slip agent additives are used as lubricants in polymer based products. Over time, slip agents move to the surface of the product and form a thin and invisible layer, decreasing the friction between the surfaces.

The percent of slip agents used in LDPE and LLDPE films depends on the friction coefficient of the base resin.

Slip agents migrate over time to the surface of polymeric films where they begin to crystallization. The formed layer of slip agents on polymer surfaces, reduce friction between the different film layers. Migration phenomena in polymers is a time-dependent process which is depended on the concentration of the additive and the chain length of additives and base polymer.